Brandon Kelly was driving a company truck from a work site in Massachusetts to the company shop in New Hampshire when he fell asleep at the wheel and hit a utility pole, sustaining injuries that later resulted in the amputation of his lower leg. Mr. Kelly applied for workers’ compensation benefits and was denied by the carrier.

A Hearings Officer later awarded benefits. On appeal, the Compensation Appeals Board (CAB) denied Mr. Kelly benefits, finding that he had failed to prove “whatever abnormal weariness, if any, [he] might have been suffering that day was caused by his employment.” Appeal of Kelly, 2.

The Supreme Court heard the case on September 18, 2014 and, in a decision dated March 20, 2015, the Court noted that both parties agreed that Mr. Kelly’s injury occurred in the course of employment. The only issue for the Court’s consideration involved an analysis as to whether Mr. Kelly’s injuries arose out of his employment. As neither party argued otherwise, the Court assumed for the purposes of the appeal that Mr. Kelly’s injury was the result of a mixed risk – i.e., that it occurred as a result of both a personal risk and an employment risk. The Court demurred on deciding if falling asleep on the job was a mixed-risk, and left it “for another day.” Appeal of Kelly, 5.

The Court held that the CAB improperly required Mr. Kelly to show that his “weariness was work-induced” and that he did not have to prove that to receive compensation. Appeal of Kelly, 4. Instead, the Court identified that the issue as whether Mr. Kelly’s employment was a substantial contributing factor to his injury. In so doing, the Court held as a matter of law that his employment was a “substantial contributing factor to the injury.” Appeal of Kelly, 6. The Court reversed the CAB’s decision and remanded the case for further proceedings consistent with their decision.

This decision suggests that the act of driving for work (other than commuting to and from work) is, in and of itself, a hazard that would make most injuries sustained in an automobile accident occurring in the course of employment compensable. The Court reasoned that there “can be no question that the injurious effects of falling asleep were increased by the environment in which the petitioner found himself at the time he fell asleep – behind the wheel of a moving truck.” Appeal of Kelly, 6. 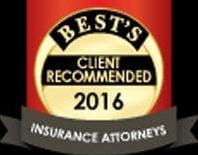